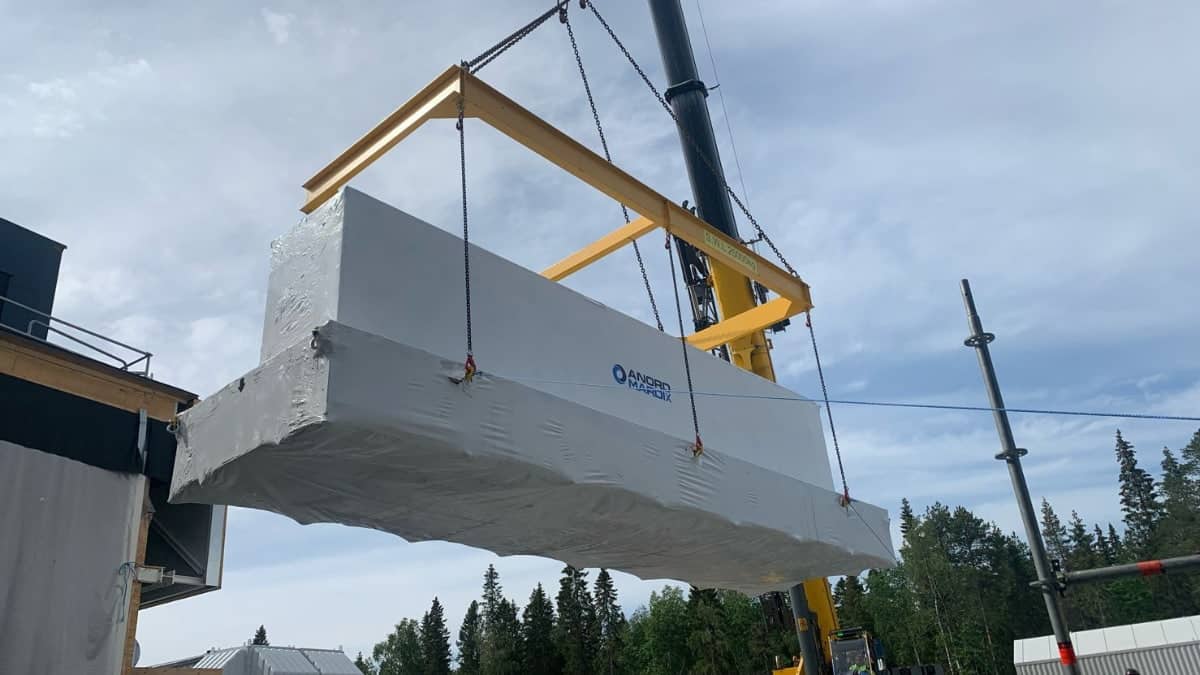 Machinery moving projects come with intricacies and complexities. That’s just the nature of the work. From practical/physical issues and operational concerns, to commercial considerations, the chances are, a project will involve multi-faceted factors.

Most of the projects we take on often involve several parties too, sometimes over different geographical locations. This alone can bring about unpredictabilities and unforeseen challenges.

The big question is, how do you maintain and deliver quality amongst all of these complexities?

At Flegg, we’ve built our business on the knowledge and experience to easily take on these types of projects. We have systems to manage, evaluate and work with any challenges, rather than against them. We ensure all eventualities are assessed and prepared for. We run thorough risk assessments, and we prioritise communication with the client.

In this article, we’ve selected three complex projects from our portfolio to give you an idea of the types of challenges we’ve dealt with, how we’ve managed them, and how we’ve completed them with high-quality results for the client.

This high-profile project involved moving oversized, heavy, and valuable switchgear equipment from the UK to a receiving site in Sweden.

The receiving site was a brand-new facility. But the delivery and installation phase would see the switchgear arriving on-site during construction. The first challenge here being the trades and contractors present on site. So, it was vital that arrival on site was coordinated and managed properly.

The layout of the site and the building entrance meant that the equipment had to arrive in sequence to avoid delays. It was agreed that the trailers would be held at an off-site location and called in as required. This involved hours of logistics and planning, as our team had to consider the legislation for oversized loads across various countries.

As well as physically getting the equipment transported to Sweden, Flegg was also required to provide lifting and handling services to offload and move the items safely into the building. This was an exciting element of the project, and it led to Flegg designing and providing a lifting frame used in Sweden to expedite the lifting activities.

Our team were also involved with the design of the switchgear and provided advice on the location and types of lifting points, as well as tie-downs required for securing onto trailers.

Now for the biggest challenge of the project – and one that was completely unforeseen: the COVID-19 pandemic. This came shortly after being awarded the project and naturally led to significant delays in the site construction.

The delays also pushed the project outside of the Brexit deadline, adding the extra complications of freight documents and documentation for British workers in EU territory. Not to mention the ever-changing situation with Covid travel restrictions.

This added a great deal of additional complexity and risk to the project for all involved. But thankfully, through collaboration, experience and continuous communication with the client and third parties, the job was safely completed on time without any significant delays.

You can read the full case study here. 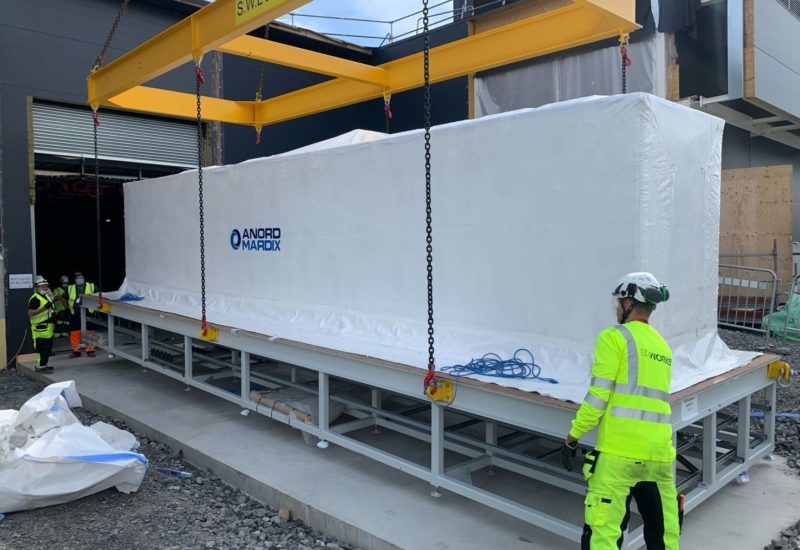 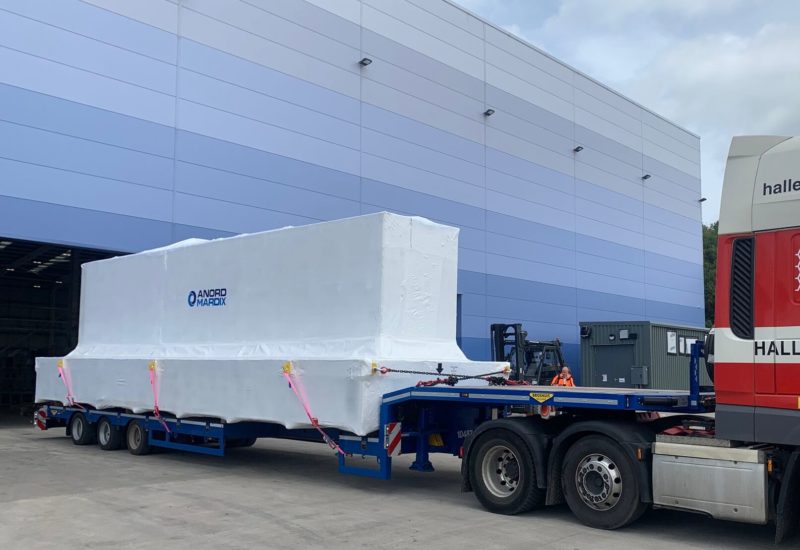 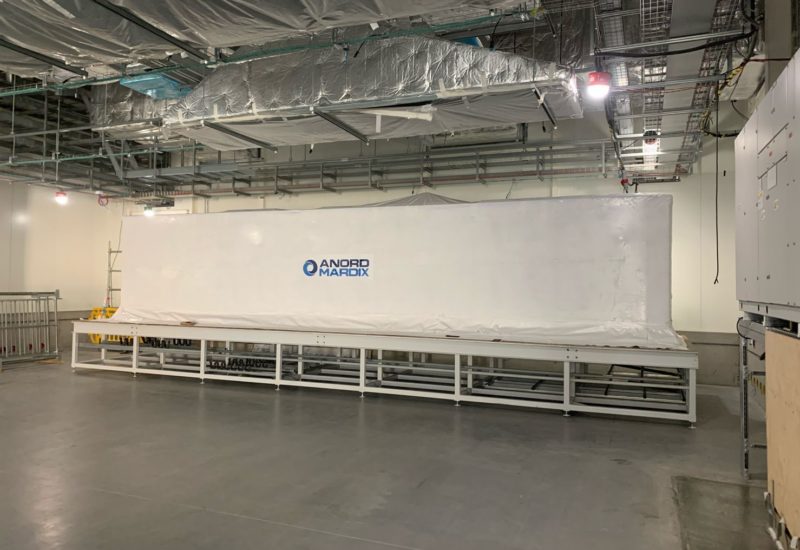 Having decided to close a manufacturing facility in Suffolk, a long-standing client of ours needed to re-locate assets to several locations around the world. But they needed to do this while maintaining a steady level of production for their globally supplied consumer products.

Shortly after the works commenced the pandemic hit. This naturally created issues with workers being able to travel and had a huge impact on the provision and placement of logistics and engineering staff.

Ahead of another business occupying the old premises, the client was under pressure to clear the site, and before the Brexit deadline – which would have added even more complexity, costs, and delays.

They worked hard to quickly establish new locations for the machinery including Central/Eastern Europe, Brazil, Mexico and Indonesia.

Flegg’s project manager needed to work closely with several site contacts to assess each phase of the project and to keep site disruption minimal. Once the phases were agreed, Flegg needed to coordinate internally to establish resources, as well as collaborate with partners who would supply logistics and export packing.

Our scope involved removal from the factory, export packing, loading onto third-party vehicles/containers and haulage to many different destinations.

For some of the phases, (where sea-freight was involved) we had to bring the machines back to our warehouse for packing. This kept site disruption to a minimum and took some of the pressure off aligning with shipping companies.

Once the site was cleared of retained assets, the client arranged for the remaining equipment to be sold via an online auction. Following the conclusion of the auction, Flegg was required to correspond with businesses located globally, quoting and processing payments as well as consolidating the lots they had won in the auction. We dealt with buyers in Australia, India, South Africa and several European countries.

Auctions by nature are difficult to predict and if not properly controlled, can quickly become chaotic to manage. Often the winning bidders overlook the costs for logistics and machinery moving and want to get everything moved as cheaply as possible. The site had AEO status, which placed an emphasis on all vehicles and drivers needing to be booked in with security. Hauliers couldn’t just turn up when they liked, and this was exacerbated by the ongoing issues with travel restrictions imposed by Covid. Flegg became the central point of contact for our client, the auctioneer, the buyers and the buyers’ logistics companies, ensuring everyone was appeased and communicated to. As a result, the work was completed safely, and the site was cleared ahead of the client’s deadline.

Despite many unpredictabilities, the site was eventually cleared before the deadline and has been successfully passed on to new occupants. Sadly, bringing to an end an association with this loyal customer spanning 20-years. 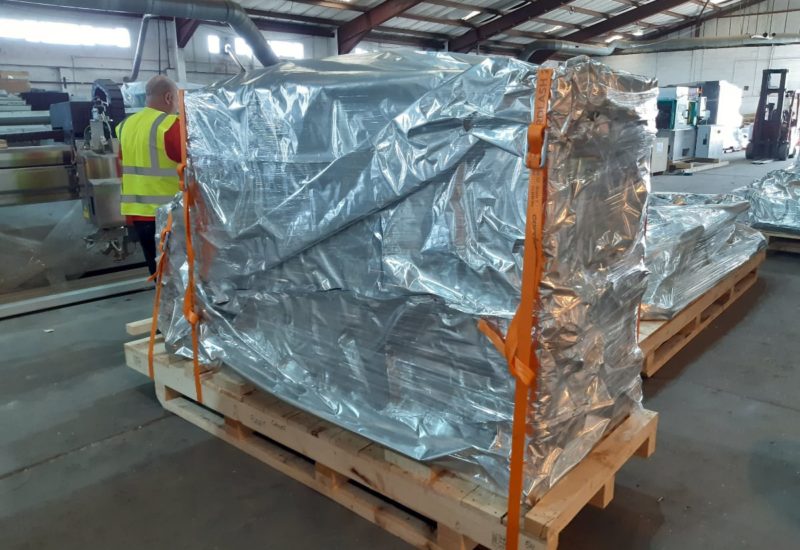 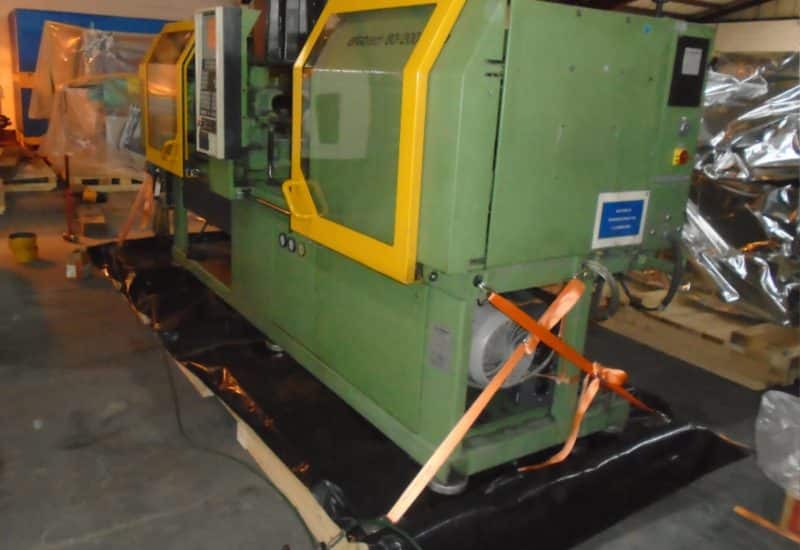 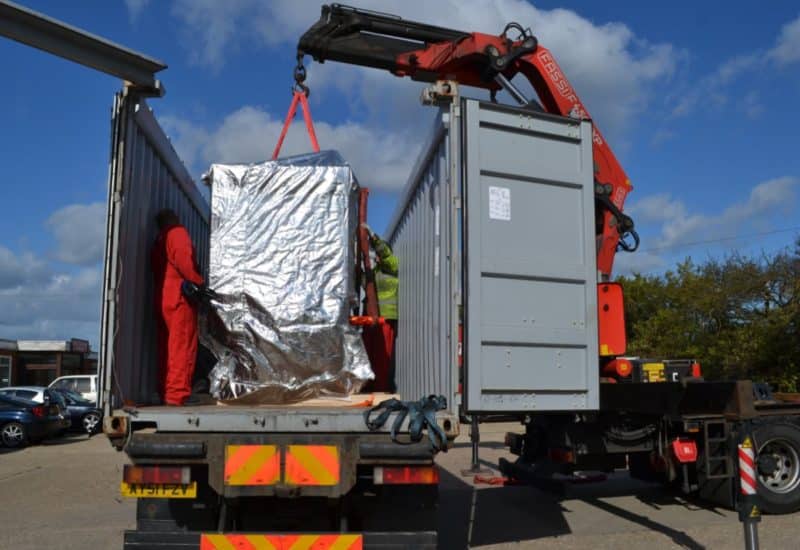 This project was for an existing client of ours; a multinational manufacturer of cardboard packaging products. It involved the construction of a state-of-the-art facility in Scotland and the installation of several new machines. The installation included brand new BOBST 4 colour, 6 colour, 820 and 924 printers alongside a new Fosber corrugating line.

For Flegg, the project should have been a reasonably simple “lift and shift”, but the pandemic hugely affected the delivery causing delays.

In Scotland, the restrictions effectively shut down construction sites. Originally meant to commence in spring 2020, Flegg did not commence site works until December 2021.

Complications revolved around a particularly demanding principal contractor (PC) and trying to get a definitive start date and programme from the client. Flegg had to give much more project management time than expected, particularly because of the PC. Challenges arose from the need to undertake site-specific health screening, and issues with floor loadings that required significant input from Flegg’s senior team and structural engineers.

Works are still scheduled to take place in 2023 to relocate machinery from their existing factories into their final position. 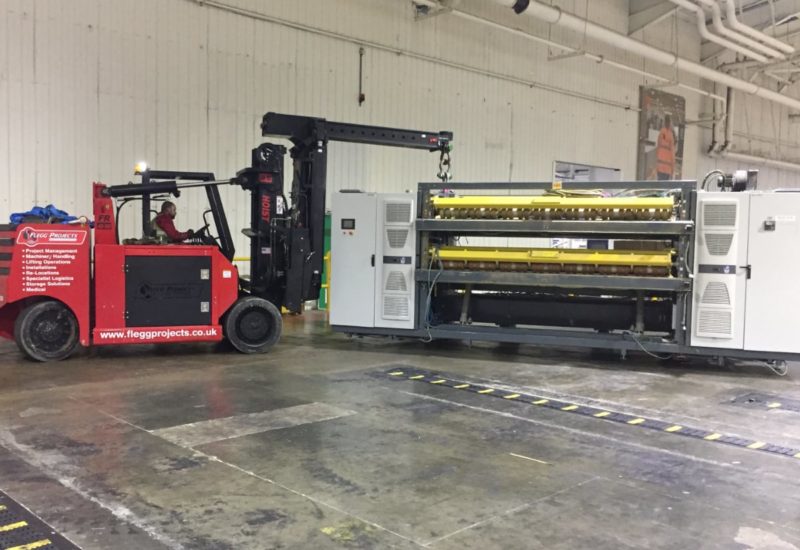 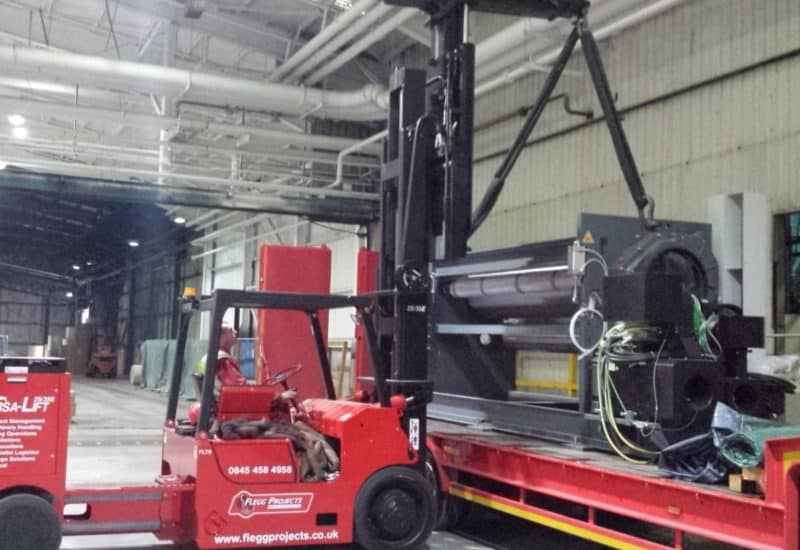 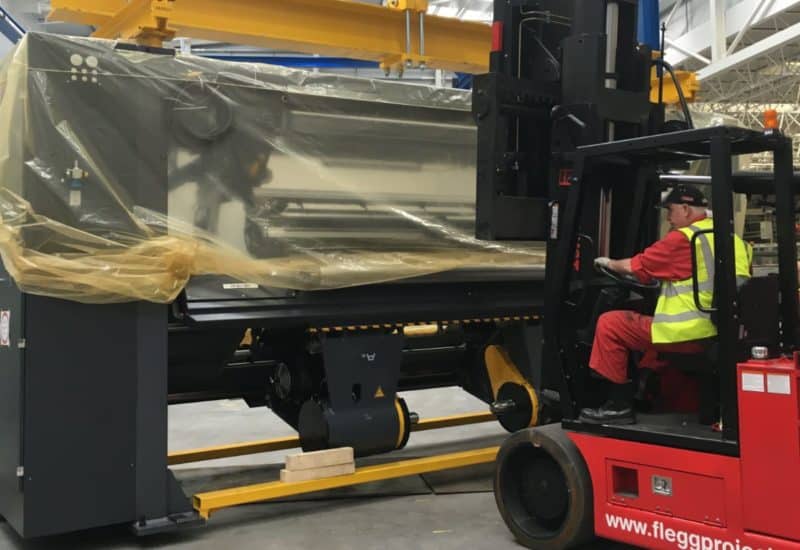 We know we’re not the only company affected by the pandemic and Brexit-related issues; many of us are still grappling with the aftershocks. But in our industry, we expect and thrive on unpredictabilities. It’s what ignites the fire in our bellies, keeps us learning, and challenges us to become the best service providers to our clients.

If you’d like to chat with the Flegg team about an upcoming moving project, we’d be happy to assist.